Some of the proceeds will go to women’s rights organizations in India!
SHOP

THE PREVALENCE OF CHILD MARRIAGE

Child marriage—marrying before the legal age of 18—is still a widespread phenomenon in India. Factors such as poverty, gender norms, patriarchal values and limited education are the leading causes for the persistence of child marriage. Forty-six per cent of women (between the ages of 18 and 29) in India were married before the age of 18, according to the National Family Health survey in 2019. It is estimated that there are 23 million child brides in the country, around 40% of all child brides globally. According to the United Nations Population Fund (UNFPA), if the trends continue by 2022, more than 140 million girls will become child brides, of which at least 18.5 million will be under the age of 15. A large reason for child marriage’s ongoing growth is the law. The Prohibition of Child Marriage Act, which acts to render the act of child marriage illegal, does not consider child marriages illegal once they happen. The law does give children the right to void the marriage; but does not take into account the pressures and complexities of children’s suffering and perspectives within these instances.

Some organization fighting against child marriage you may wish to support: 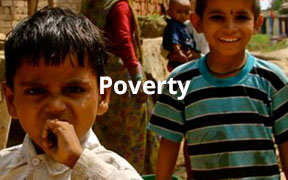 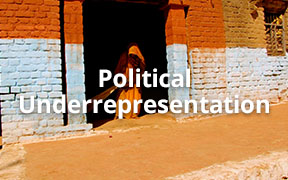 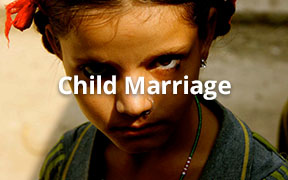 Some of the proceeds will go to women’s rights organizations in India!